Episode 10: Do unto yourself as you would have others do unto you! How you can give yourself what you want from others 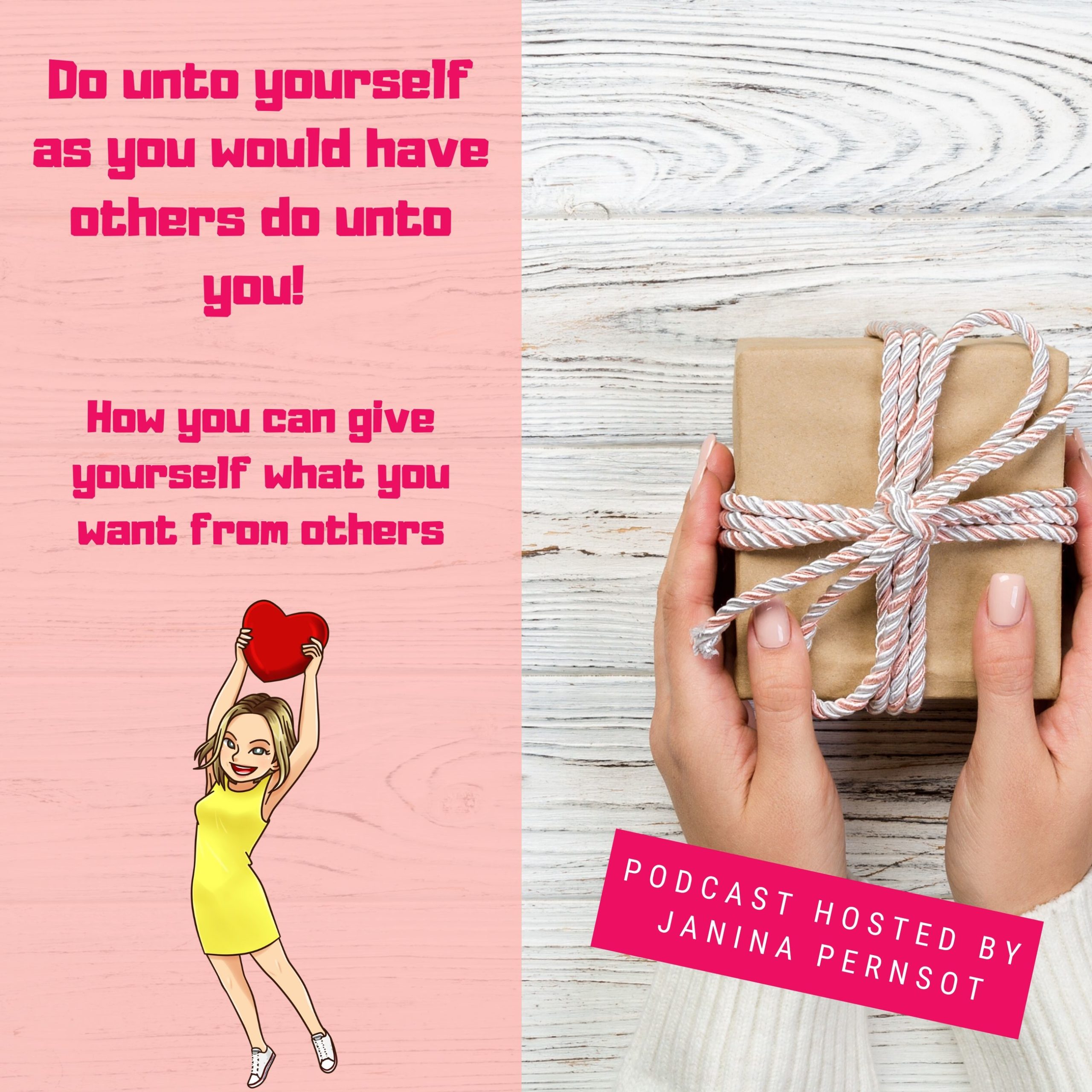 We have a lot of expectations, of ourselves and of others. Expectations and needs.
This episode is about what we would like to have from others.
In order to get that, it is of course helpful that we do not expect others to be clairvoyant or simply behave the way we want them to, “because that’s the way it is done”, but that we communicate our expectations clearly.
But what if that does not help either?
Often we can give ourselves what we would like others to give us.
And indeed, this makes our life much easier than grumbling at others, training them or trying to manipulate them so that they finally behave the way we would like them to.
I talked to a friend of mine a while ago about how she noticed that she was annoyed by her partner not putting down the toilet seat. Now how is she gonna get him to change his behavior to do that? If we tried to re-train him now, we might also look at the motives why he just leaves the toilet open like that. Doesn’t he realize that? Is he lazy? Doesn’t he care that she cares? Wow, the more we poke around in there, the more negative emotion there is…
In any case, it doesn’t really get us that far. Suddenly we’re trying to live his life, way better thanheis.
It is much more peaceful and purposeful to look at ourselves, in this case at my friend: Why does she want the toilet seat to be down? Because it looks nicer. And what is it like when you put it down yourself, just for you every time – and then you are happy that you have done something, just for you – because you think it looks nice?
My girlfriend thinks it’s worth a try.
I think it’s worth a try, too.
I do realize that it’s not always that easy and that many cases feel more dramatic than a lapidary toilet seat.
But there’s no harm in trying. Applying Byron Katie’s “The Work” means that we end up looking at opposite sides of our thoughts, so-called turnarounds.
For example, I recently missed a goodbye of someone I cared about. The clear communication thing hadn’t worked. Hm, stupid. And then at some point it actually felt too dumb to wait for a message to arrive. Somehow it would have been just a few characters on my smartphone display anyway.
I sat down in peace and typed a message for myself. Just a few sentences, with apology, with explanation, friendly. Then I signed with his and my name. And indeed, when I read it again it felt more complete – as closed as I wanted it to be.
I often have topics that are related and so a few days later I had a client sitting with me who told me about a fight with a colleague. At first, the story ended with a serene, “I don’t need him to apologise.” And then, from the bottom of his heart, something like: “Yes, he should come crawling back!“
So we tried  my idea here, too. How does it work? You need a piece of paper and a pen, alternatively, a smartphone and a notes app and some silence.
Imagine the person writes you a message or letter and start with “dear” and your first name. So for me that would be “Dear Janina”.
Then imagine that the person writes you a loving or friendly message and apologizes to you and write a few sentences.
Finish the text with “Yours” or „ Love” and with the name of that person and behind that with your own name.
Read the message out loud – and feel the apology.
I am curious whether this works for you! My client liked the method so much that he asked me to record a podcast episode so that you too can listen to it.
Maybe you want something more than an apology right now. Think about what you would like others to do – and how you can give that to yourself!
Have fun exploring and trying it out!
Be happy & be light
Love Janina

Join my “Love what you do” facebook group to meet like minded people that love what they do.

And you are welcome to check out my homepage. I would love to work with you and assist you to (finally/again/even more) love what you do!

← Episode 8: Kiss the frog - how to get done unloved things Episode 12: Can I (not) want that? About our needs and our attitude towards them →